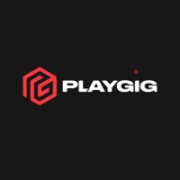 Today, we announced our lead investment Playgig’s seed funding round. Read more about Playgig from CEO & Founder, Bruno Schirch, below.

Today, I’m thrilled to announce the official launch of Playgig, a new gaming studio creating cross-platform, free-to-play games that are accessible to a broad universe of gamers. We’ve raised $10.85 million in seed funding, led by March Gaming (Louis Gresham), with support from additional global investors including Paramark from South Korea, Aream from the U.K., and Gaingels, the largest LGBTQIA+/Allies investment syndicate.

We’ll use the funding to recruit additional talent to join our fast-growing team of 40 game developers building our first game and original IP, Mystic Kingdoms, and to support our work to serve a global community of gamers with captivating experiences. We’re grateful to have our investors’ support.

I founded Playgig in January 2021 after nine years leading global publishing and esports at Riot Games, where I worked with a talented team to pioneer the games-as-a-service model. Our vision with Playgig is to build a studio from the ground up to bring the fun of deeply engaging multiplayer games to a broader global community of gamers.

Playgig is composed of a diverse group of artists, engineers, writers, game designers, and game development pros who have built billion-dollar entertainment franchises. We see play as our life’s work, and will use the power of play to bring people together.

Our first game, Mystic Kingdoms, is a team battler set in a fantasy world. It will be fast, easy to pick up, and free to play, but will also offer satisfying depth to players who delight in pursuing mastery. Importantly, it will be playable in all major languages, across all major platforms, and accessible to a global and diverse audience.

We’re currently testing with hundreds of players whose feedback has been incredibly useful as we continue to make our core gameplay as engaging and fun as possible. We plan to increase the number of players for our pre-alpha launch in early 2023. We can’t wait to open the game to even more players for continued testing and feedback as we move toward commercial launch.

We’re proud to be a global team of over 40 talented professionals distributed across multiple countries and continents thanks to our fully remote studio culture. We believe the best games are developed from a diversity of perspectives that allow us to think about player needs from every angle and a culture where it’s safe to take risks and tackle challenges that are at the edge of one’s capabilities. Building a diverse, world-class team with unique perspectives and experiences to help us enhance the games we develop is a core priority for Playgig as we continue to scale.

We believe that ideas are common, but that skillful and rapid execution is rare, so we look to hire great people with a knack for getting things done and with the trait of resilience. We’re investing heavily in hiring developers to build our first game and original IP, Mystic Kingdoms. If you’re interested in joining us, you can find our open roles here. Additionally, if you’re interested in signing up for our pre-alpha launch and staying up to date on our latest news, sign up for updates at Playgig.com.

“It is a privilege to support Playgig in realizing their ambitious vision of bringing cross-platform, free-to-play games to a broad market of gamers. The speed with which they have ‘found the fun’ and the power of the IP they’re building is a testament to their world-class team, composed of veterans who’ve led their respective disciplines at billion-dollar franchises. I can’t wait for the world to see what they’ve built, and I look forward to partnering with Bruno and the team as they continue to bring their vision to life.”
– Louis Gresham, March Gaming

“We were immediately drawn to Bruno’s commitment to deliver a remarkable gaming experience to the global community, ranging from casual to hardcore gamers across platforms. Even at the early stage of development, Bruno’s ability to corral a team of talented professionals, responsible for the industry’s biggest hits, coupled with his deep insights into what gamers desire today, reinforced our confidence in Playgig’s potential to capture the multi-billion-dollar opportunity at the intersection of widely popular MOBA and FPS genres. We are deeply impressed by Playgig’s early work and look forward to following the team in its further development of not only an AAA-quality game but further a compelling universe, built on top of its original IP, that can potentially expand beyond its debut title.”
– Chunsoo Kim, Paramark

“As the largest investor network focused on supporting and investing in the best venture-backed companies that embrace and value diverse leadership, including LGBTQIA+, Gaingels is proud of participating in this financing and is resolved on helping the company grow and scale while strengthening its prospects of success by building a culture that reflect the diversity of its executive teams, staff and customers.”
– Lorenzo Thione, Gaingels