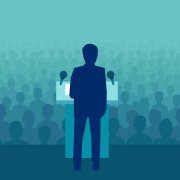 The great leaders of today are often asked what they know now that they wish they had known at an earlier stage of their career.

There is a reason we ask this question just as there is a reason for studying history. We all want to learn from, and replicate, the success of the great leaders among us. Rarely do we have access to such leaders directly, but The Montgomery Summit presented by March Capital will provide just the opportunity during our “Leading During a Crisis” panel on Thursday, March 4th at 2:00pm PT. Join us with Silicon Valley, military, and academic visionaries as they share their leadership lessons with the world’s next best business leaders.

Whether you’re an aspiring entrepreneur, a Gen Z VC, or heading into your next corporate leadership position, we encourage you to participate in the dialogue through our live Q&A. If you’d prefer to be a fly on the wall, there will be plenty to learn by listening to this outstanding group:

Ron Sugar, the former CEO of a Fortune 50 company (Northrop Grumman), Board Member (Apple, Uber, Amgen and Chevron), former member of the President’s National Intelligence Committee, and long-time University Trustee, has witnessed exceptional leadership across industry, government and academia and is honored to host the conversation with three distinguished leaders:

John Chambers, Founder & CEO, JC2 Ventures joined Cisco in 1991 when it had a single product and $70 million in revenue and left the company 24 years later having grown the business into a colossal $47 billion tech and internet giant with well over 10,000 employees. Not only is John a phenomenal conversationalist, but he’s an innovator, a culture driver, and widely regarded as one of the world’s best CEOs.

GEN (Ret.) Stan McChrystal was once referred to as “one of America’s greatest warriors” by Secretary of Defense Robert Gates. A retired four-star general, he is the former commander of U.S. and International Security Assistance Forces (ISAF) Afghanistan and the former commander of the premier military counter-terrorism force, Joint Special Operations Command (JSOC).

Pradeep K. Khosla, UC San Diego’s Chief Executive Officer, leads a campus with more than 35,000 students, six undergraduate colleges, five academic divisions, and five graduate and professional schools. Khosla initiated and implemented the comprehensive, all-inclusive strategic planning process to unify the campus and define UC San Diego’s future. Not only has he been named one of the 50 most influential Indian-Americans by SiliconIndia, but he’s consistently honored for his leadership, teaching, and research.

This impressive group is coming together under the common goal of equipping rising leaders with innovative leadership solutions that will help them take on dynamic business challenges and create meaningful opportunities for citizens and businesses alike.

There will be something brilliant in this conversation for all of us. Register here to learn from some of the biggest names in leadership at The Montgomery Summit 2021: https://cvent.me/mqWNGX. If you have any questions, please contact info@montgomerysummit.com.

Spotlight Company Moderators at The Montgomery Summit Scroll to top