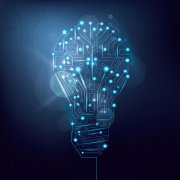 We often think of innovation as critical to the early stages of a company’s life when in fact change is just as important and necessary for those companies which have been around for ages. This maxim is nothing new to those leaders who are reinventing the old while outperforming the upstarts in their fields.

We are privileged to host three of such leaders as keynote speakers at The Montgomery Summit 2021, presented by March Capital on March 3rd & 4th.

Jim Whitehurst, President, IBM, will be interviewed by Tom Giles, Executive Editor: Technology, Bloomberg. Jim joined IBM from Red Hat – an enterprising company which was committed to becoming the world’s top hybrid cloud provider. As CEO of Red Hat, Jim led the company until it was acquired by IBM for $34 billion. Jim’s leadership at IBM, coupled with the combined resources of IBM and Red Hat, positions the “new IBM”  to emerge as the leading open-source hybrid cloud provider and will accelerate IBM’s high-value business model. This should be a very interesting discussion.

Darius Adamczyk, CEO, Honeywell, will be interviewed by Jon Fortt, Co-Anchor, CNBC “Squawk Alley”. Like Jim, Darius joined Honeywell through the acquisition of his former company, Metrologic, where he was CEO. In just eight years, Darius became the Chief Operating Officer of Honeywell. David Cote, the prior Honeywell CEO, increased the company’s market value more than fourfold during his 14 years at the helm. Now, with the advent of 5G and AI, the operations technology and manufacturing era is finally coming online and Darius is well suited to take the Fortune 100 company into a new era of nimble, global and high-performance innovation. Darius is a great guy and some insights from the discussion – including how Honeywell may be the world’s leading quantum computing company – will surprise you.

Alex Taylor, CEO, Cox Enterprises will be interviewed by Jillian Ward, Managing Editor, Bloomberg. Cox Enterprises has already gone through a number of significant shifts during Alex’s 21-year career at the company. The multi-generational family business began in the newspaper industry and is now a leader in communications, media and automotive services with nearly $20 billion in annual revenues and more than 50,000 employees worldwide. Taylor has continued to adapt the values-driven company to contemporary market demands and make big bets in the areas that most critically need private sector attention, particularly through Cox Conserves, the company’s national sustainability program investing in sustainable agriculture and more. Cox’s portfolio companies will be leading the changes in how America eats and how we supply our food. This is a far reaching and important conversation.

Great companies continually reinvent themselves. Join us in conversation with three bold leaders who are driving innovation.

Register now for a complimentary plenary pass to view these and other keynote speakers or purchase a full access pass for VIP perks such as viewing private company presentations, 1:1 meetings, and roundtable discussions at The Montgomery Summit presented by March Capital on March 3rd & 4th.

Reinventing Supply Chains for a Post-COVID World Scroll to top